When Damien was announced in late 2014, I was blown away by the idea. To die-hard fans of The Omen, this was exciting news. Of course, I don’t speak for all Omen fans; I’m sure some hated the idea – and still do. They’re usually the same people who think it’s cool to hate sequels, prequels, and remakes, (some on principal alone) and who drone on and on about how unoriginal Hollywood has become. But sequels and remakes are nothing new – they’ve been around almost as long as filmmaking itself. Are they all good? Hell, no. Most are inferior to the original. And many downright suck. But when it works – it’s great. It’s all about storytelling. If the story works and it’s told well, does it really matter how derivative it is? And if it doesn’t work, so what? We still have the originals. I’m annoyed when people say a poor sequel has somehow ruined the integrity of the original. No, it hasn’t. Grow up. 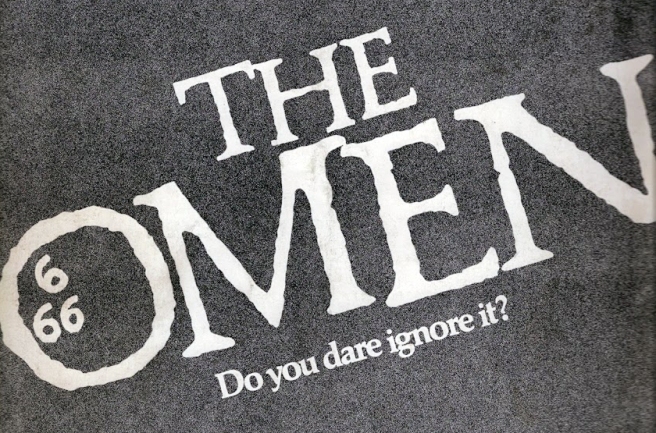 I’ve come to rely on a sort of pattern from the Omen franchise. Every few years, it emerges to deliver some new form of itself, as if to remind us of its prestige in a world of louder, faster, darker genre fare. In this way, I suppose it’s not unlike other titles of old. But The Omen never enjoyed the kind of sequel success of the Fridays and the Nightmares and the Halloweens. Even “come-back” franchises with Norman and Ripley enjoyed better. The Omen seemed always to be working for its longevity; staying just out of sight, long enough to be missed but not too long to be forgotten (as if!), and then, like a fine wine, dusted off and shared anew, always managing to acquire new fans in the process. Indeed, if you possess any discriminating taste, all you need to do is watch.

So, let’s track: The Omen dropped in 1976. Damien-Omen II hit cinemas two years later, matching the original in production value if not in substance. In 1981 even the striking presence of newcomer Sam Neill couldn’t rise above the doldrums of The Final Conflict. Print adaptations followed the movies, and then standalone print sequels (Omen IV: Armageddon 2000 and Omen V: The Abomination) were published in the 80s. The 90s saw TV’s first venture into Omen territory with the dreadful apocrypha, Omen IV: The Awakening (no connection to Armageddon). The bad taste was lifted by the release of a new laserdisc in the mid 90s that restored the original Omen to its widescreen glory. Then came a 1995 TV pilot which, inexplicably, had nothing to do with Damien (no wonder it failed).

The digital age brought DVDs in the early 2000s which allowed for some wonderful bonus material, including running audio commentary and rich documentary shorts boasting interviews with director Richard Donner, producer Harve Bernhard, editor Stuart Baird, and composer Jerry Goldsmith. But for fans who wanted more behind-the-scenes knowledge that included a look at Omens 2-4, they didn’t have to wait long as a flashy 2001 documentary aired one AMC called The Omen Legacy (breathlessly narrated by Jack Palance, father of Holly, the original Omen nanny who intoned the words, “It’s all for you!”). Five more years would pass before we got the most ambitious franchise spike: an equitable – but ultimately forgettable – fast-tracked 2006 remake, just in time for the 30th Anniversary. And then finally the Blu-ray special editions were released in 2008.

So, yeah, we were due for something new. But who could have imagined another venture into television? This time with a story directly connected to the original narrative? Well, just about anyone in Hollywood, that’s who. All the kids are doing it. Look at Teen Wolf, Hannibal, Bates Motel. And sure enough there are the obligatory hand-wringers declaring their outrage. As if turning films into TV shows is also something new. It’s not. Its almost tradition. Get over it. And yet, The Omen doesn’t seem a likely choice to rehash yet again. After all, Damien’s story, from birth to downfall, has been told on the big screen, sequelized on the small screen, and then retold on the big screen. Is this part of any franchise’s model for a successful TV series?

The celluloid similarities to Bates Motel are uncanny. Both Psycho and The Omen had great beginnings, both had big screen sequels, both had TV sequels, and both had big screen remakes. And yet none of that history held Bates Motel back. It doesn’t matter that Psycho IV: The Beginning already tells the story of Norman as a child and teenager. The producers of Bates Motel didn’t care. They saw fertile soil for telling good stories and that’s what they did. Characters – not continuity – drive the stories on Bates Motel. As long as you respect the source material, you can be as bold as you want. Why then, can’t the same be done with Damien? I think it can, and I think Glen Mazzara has devised a devilishly good premise: forget Omens 2-3-4 and tell a new story about that cherubic little boy at the end of The Omen. Who is he today?

How’s that for the 40th Anniversary? It tops a theatrical remake, that’s for sure. And with ten episodes, the Omen mythology is about to get a whole lot bigger. Indeed, this will be the franchise’s biggest emergence yet. But there are lots of questions. And any Omen fan worth their self-inflicted 666 tattoo will be interested in the answers. In the last year, the images, teasers, trailers and interviews have only served to swell our curiosity (as they are designed to do). Therefore, I’m going to be curious. And I’m going to share some of my questions here: 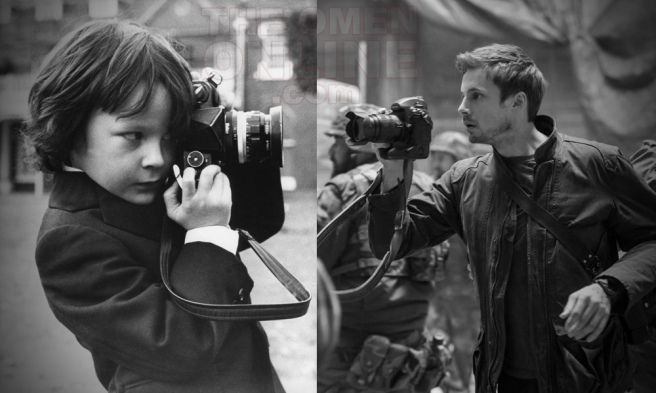 Okay, the slate is wiped clean after The Omen and we pick up 25 years later when Damien is 30. Yet he still doesn’t know who he is. Considering the powerful forces surrounding him, it’s hard to imagine that he hasn’t yet been turned to the dark side. After all, there’s an apocalypse coming, people to rule, nations to topple – I would think the Devil needs more prep time, get a head start on shaping his son for the Big Day. It’s true Jesus began his mission in his 30s. But Jesus knew who he was, knew what was to come. A critical character element will be Damien’s moral compass. Glen Mazzara talks about his struggle between good and evil. But who was the role model for good in Damien’s life?

Damien-Omen II had its problems, but it had it its strengths too, such as they were. One of them was seeing Damien as a teenager, his interaction with his family, who his satanic protectors were, and so on. One can argue that he turned easily to the dark side, after an initial – albeit dramatic – resistance. Chalk it up to his young age (and the time constraints of a 2-hour movie). If Mazzara’s version is different, how did Damien escape this same kind of indoctrination? Who guided him against the evil grain? If Rutledge was a force for evil behind the curtain, there must have been someone good in Damien’s life to run interference. Damien is essentially a good guy when we meet him. I want to know why.

I attended the Damien panel at Comic-Con 2015 and I remember sitting in the audience as they played that first official trailer. I was blown away when I saw actual scenes from The Omen used as connective tissue. It was immediately clear that Mazzara wasn’t playing around; this new series was a direct sequel to Richard Donner’s 1976 blockbuster. I was thoroughly impressed and felt strangely reassured – as if somehow Damien was better for having such a definitive connection. My feelings were bolstered as I heard Mazzara speak fondly of The Omen and with great reverence. It was obvious to me that he was striving to imbue Damien with the same cinematic aesthetics that made the film so great. I couldn’t have been happier. But to what extent The Omen plays in Damien’s journey remains to be seen.

Rottweilers and Tricycles and Daggers, Oh My!

But what of the mythology? The rich tapestry of story elements that so many people remember about The Omen, what of them? The rottweilers made an immediate appearance in the first teaser. And then during the trailer screening I was ecstatic to see the red tricycle, one of the stilettos, and the 666 birthmark beneath Damien’s hair. More recently, a new sneak peek revealed a scene in which Damien learns of Bugenhagen, the man who gave the knives to Robert Thorn. The scene also implied that people know that Damien is the Antichrist. Indeed, in another sneak peek, Glen Mazzara states plainly that lots of people know the truth. That’s fascinating to me, especially when you consider to what lengths the Devil went to keep his identity a secret in The Omen.

Nevertheless, seeing this mythology addressed in Damien is fantastic. The poem that Father Brennan recites, “When the Jews return to Zion…” is a haunting fixture of the movie. Does it still have meaning in Damien? Mazzara also has a unique opportunity to acknowledge (or adopt) some of rich mythos introduced in the theatrical sequels, such as Yigael’s Wall from Omen II. Painted by a 13th century monk who went mad after Satan appeared to him, the wall depicts faces of the Antichrist from birth to downfall.

Who is Ann Rutledge?

This may be the juiciest mystery of all. A bunch of us fans have had fun trying to guess the identity of Ann Rutledge, played with relish by Barbara Hershey. It would be quite easy and acceptable for Glen Mazzara to simply create Rutledge out of whole cloth. After all, one presumes that there are countless “disciples” out there, keeping a watchful eye on Damien. Yet, when you consider Mazzara’s commitment to The Omen, it’s possible that he might go deeper, past the celluloid, into the Omen novel. And it’s there you’ll find the story of two nuns within the disciple order called B’aalock and B’aalam (named after the Devil’s handmaidens). B’aalam killed herself as part of a marketplace bombing. However, B’aalock went on to become the infamous Mrs. Baylock, Damien’s nanny-from-Hell.

But… what if B’aalam didn’t die in that explosion? A little creative license and voila, you have Ann Rutledge picking up where Baylock failed. If nothing else, it’s an interesting premise.

Lastly, the icing on this devil’s food cake was the announcement that Bear McCreary would be composing the music for Damien. Talk about stacking the deck! Bradley James, Barbara Hershey, Shekhar Kapur, Scott Wilson, and Bear. It seems Glen Mazzara wants to leave nothing to chance. But the question is this: will Bear incorporate some of Jerry Goldsmith’s Oscar-winning score? It’s a tough call to make; Damien needs its own musical identity – and Bear McCreary can deftly give it a unique voice. But even the 1990 TV sequel and the 2006 big screen remake incorporated Jerry’s music. This speaks to the synergy of The Omen and its score. And if anyone can create and maintain an original music identity while acknowledging that synergy, it’s Bear.

That’s it for now. Damien premieres Monday, March 7th at 10/9c on A&E. And I can’t wait. I’m sure it will yield even more questions and commentary. Stay tuned. I’ll also be posting a complete review later in the week. ‘Til then, remember… it’s all for you!

One thought on “Waiting for Damien”

Power and the Devil

The Omen – A History of Horror with Mark Gatiss